The Chinese manufacturer of miners under the Whatsminer brand, MicroBT, is planning an initial public offering (IPO) on the US Nasdaq exchange. This is reported by 8btc with reference to its own sources.

The Shenzhen-based firm is now the second largest mining hardware manufacturer in the world after Bitmain.

According to the publication, MicroBT was considering going public in early 2019. At that time, despite the bearish market, the company was actively grabbing market share by taking it from Bitmain. 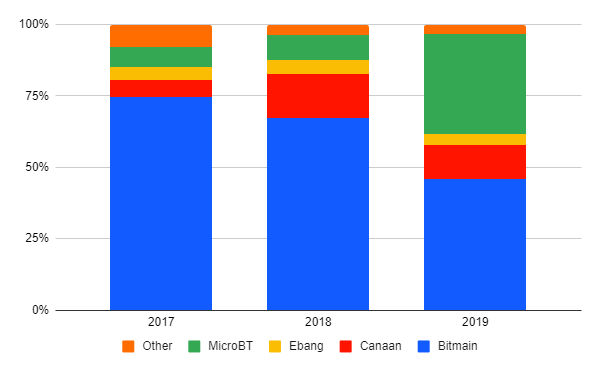 MicroBT’s listing plans were influenced by Bitmain’s prosecution of founder Yang Zuoxing. A former employee of the company, presumably had a direct relationship to the commercial success of the Antmainer S7 and S9 flagships. Zuoxing left Bitmain in June 2016 after co-founders Jihan Wu and Mikri Zhang denied him a stake in the company. A month later, he founded MicroBT.

According to 8btc, the company completed a $ 700 million funding round in January 2019.

In November 2019, Canaan launched an IPO on Nasdaq, becoming a pioneer among the major manufacturers of mining equipment.