Bitcoin is currently trading about 20% below its all-time high of $ 42,000 reached last week. On Tuesday January 12th, everything pointed to a recovery, but the current volatility indicates that the correction is not over.

Bitcoin is still on track to hit $ 100,000 by the third quarter of 2021, according to 10T Holdings co-founder Dan Tapiero. The top manager took this figure based on the Stock-to-Flow model, which has been fairly accurate for predicting prices so far. 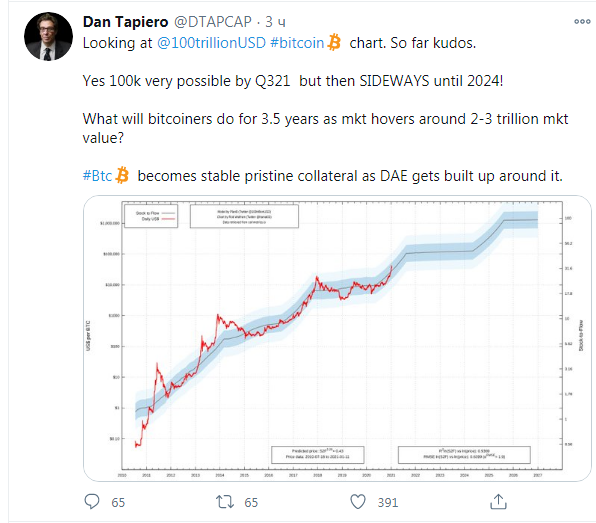 The six-figure outlook echoes that of strategists at JP Morgan, which is targeting a price of $ 146,000 over the long term.

The macroinvestor commented that after this cycle peaks, the bitcoin market will see sideways movement for almost four years, until 2024.

S2F proponent crypto trader PlanB recently tweeted that it runs like clockwork with a target price of around $ 28,650 and an actual price 16% higher. 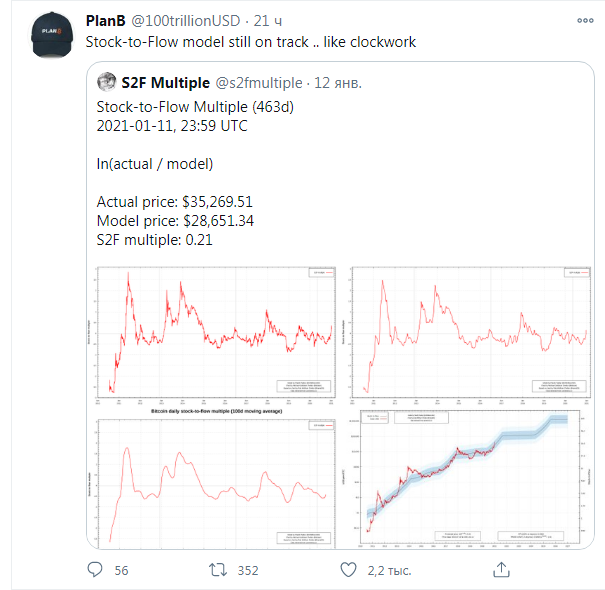 At the moment, prices are indeed higher than this and several other models predict. Over the past month, BTC has grown extremely fast, and this always leads to a correction that brings the price back to the middle of the range.

Technical analysts have already seen similar pullbacks in the 30-40% range, and a number of indicators, for example, the relative strength index, showed that the asset was overbought, so the correction did not come as a surprise.

Bitcoin has never been so overbought in over 7 years! 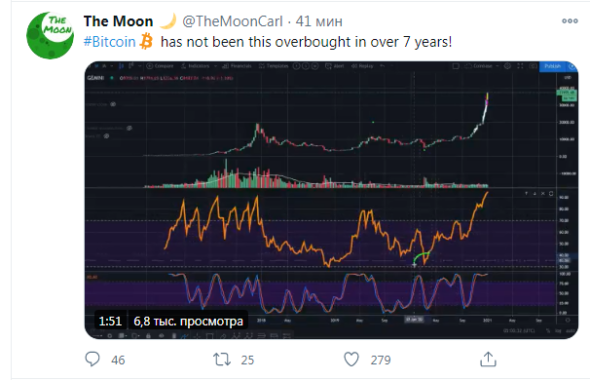 At the time of this writing, most crypto assets have plunged into the red zone again, responsive to Bitcoin’s volatile movement.

In the long term, Bitcoin will outperform ether