Home Bitcoin How Living Paperraz is Made Four years ago, Anastasia and Aleksey Bichevsky worked in a state design organization, but dreamed of their own business. And at one point they decided (not without fear, of course): they refused hired work in order to go headlong into the Paperraz project – the production of paper polygonal figures for the interior, which you can assemble on your own. Starting from a room of 14 square meters. m. and earnings only “for bread”, today the company sells up to 10 thousand sets per month around the world. Read on “About Business” about how to build a business and put it on its feet without large investments and third-party investments.

Contents
1 “If something went wrong, the family would be left with nothing”
2 “We must clearly plan, count and not spend too much”
3 “And then – you can capture the whole world”
4 Read also

“If something went wrong, the family would be left with nothing”

“It all started in 2018,” Anastasia recalls. – I was engaged in photo zones, decorations made of cardboard for events. Alex helped. We used geometric polygonal sculptures and realized that they look beautiful as decoration. The idea, of course, is not ours and is not new. Origami, papercraft – this technique has long been developed in Japan, with its help they made costumes for cosplay.

I am an architect by education, I studied layout design at the university, I started to invent figures. Aleksey, an engineer, realized that it was possible to produce them ourselves, then pack them into a kit so that a person could assemble a paper sculpture at home with his own hands. We began to study the topic in detail, made a test set, calculated the financial part and passed the casting of the My Business TV project. Thus began the history of Paperraz.

Then we worked in one of the largest design organizations in Belarus, but we had to make a choice: to work further or go to our own project. We followed our idea.

“Of course, it was scary,” adds Alexei. “If something went wrong, the family would be left with nothing. It’s good that we didn’t have to invest a lot at the start: we bought several brushes and sheets of cardboard. The only equipment for Paperraz is a machine for $1,000. True, they took several computers on credit so as not to pull money out of the “turnover”, but quickly paid off the debt. Investments in equipment paid off in about 3-4 months, but we returned all funds to circulation. When we soon came for the second machine, the supplier was very surprised. And then we bought seven more! “At the stage of the business plan, they basically abandoned investments and loans,” Anastasia explains. – We calculated that if we sell in certain volumes, we will be in the “plus”.

We decided: let it be a small “plus”, but without debts.
There were also small expenses for office rent (about $ 100 per month), it was only 14 “squares”. The working part, and the warehouse, and production, and even a small kitchen, where we could have lunch or communicate with customers, fit in there. It’s amazing how we could work in such a small space! 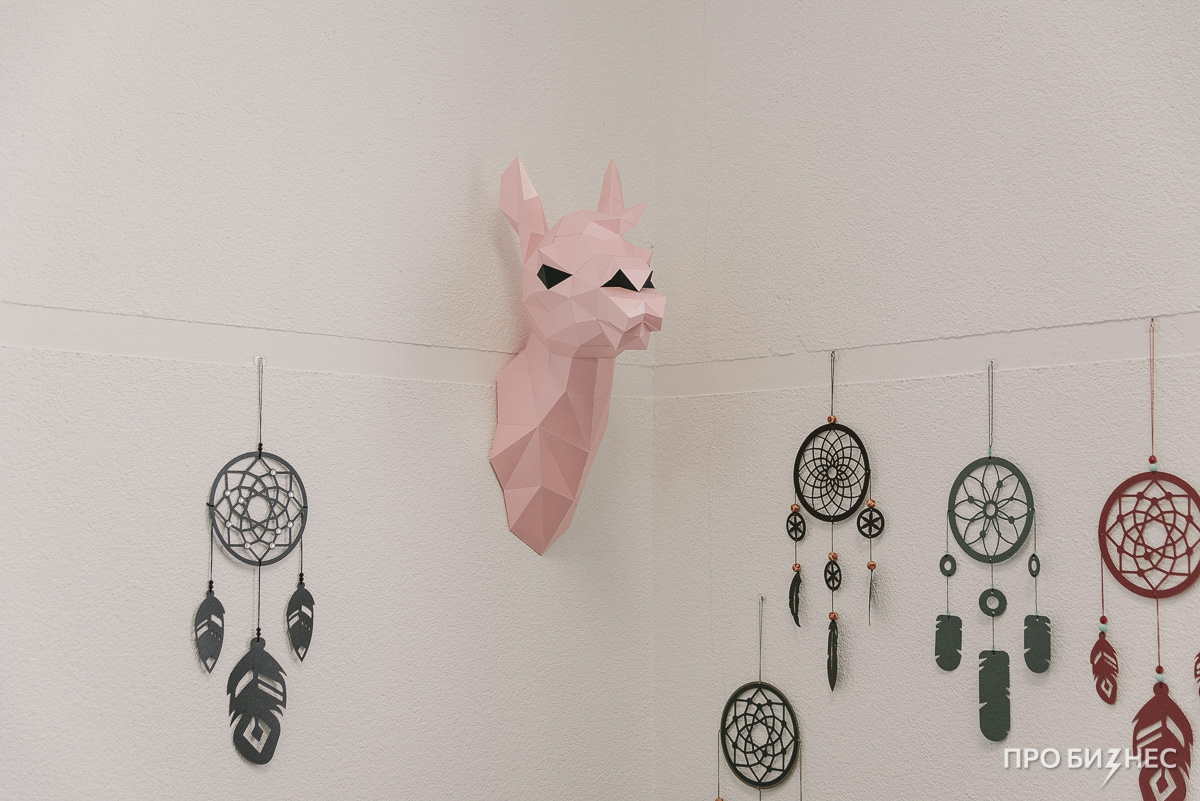 Almost immediately they hired a third employee – a female engineer. At that time, we could not promise a person even the minimum wage. But she believed in us, and already from the second month we paid at first the minimum, and then a decent salary. For myself, the first time was exclusively “for bread” and “communal”.

“Because everything that we earned, we left in business,” says Alexey. — But there were orders, and we quickly gained momentum. After 3 months we moved to an office of 50 sq. m, then – to the office 80 sq. m, today we work in an office of 150 sq. m (this is both a pickup point and a showroom).

At first, we did a lot ourselves: we designed, cut out, kept accounts. I studied many programs that I didn’t know before, completed accounting courses, studied Internet marketing.

“I took SMM courses, improved my knowledge of accounting, studied management,” adds Anastasia. – At the same time, we clearly divided the responsibilities: I was engaged in management, marketing, and Alexey – in the technical part. It was not easy, but we learned to cooperate.

It turned out to be interesting: I was in charge of finances in the company, and Alexei was in charge of all financial matters in the family. Maybe this is the secret? But in general we get along in the family, maybe that’s why we get along in business.
“At first, we registered a private unitary enterprise, then reorganized it into an LLC for wholesale sales, while an individual entrepreneur works for retail sales in parallel,” says Alexey. – The maximum staff of the company consisted of 12 people, later they reduced it to 7 – they optimized production. 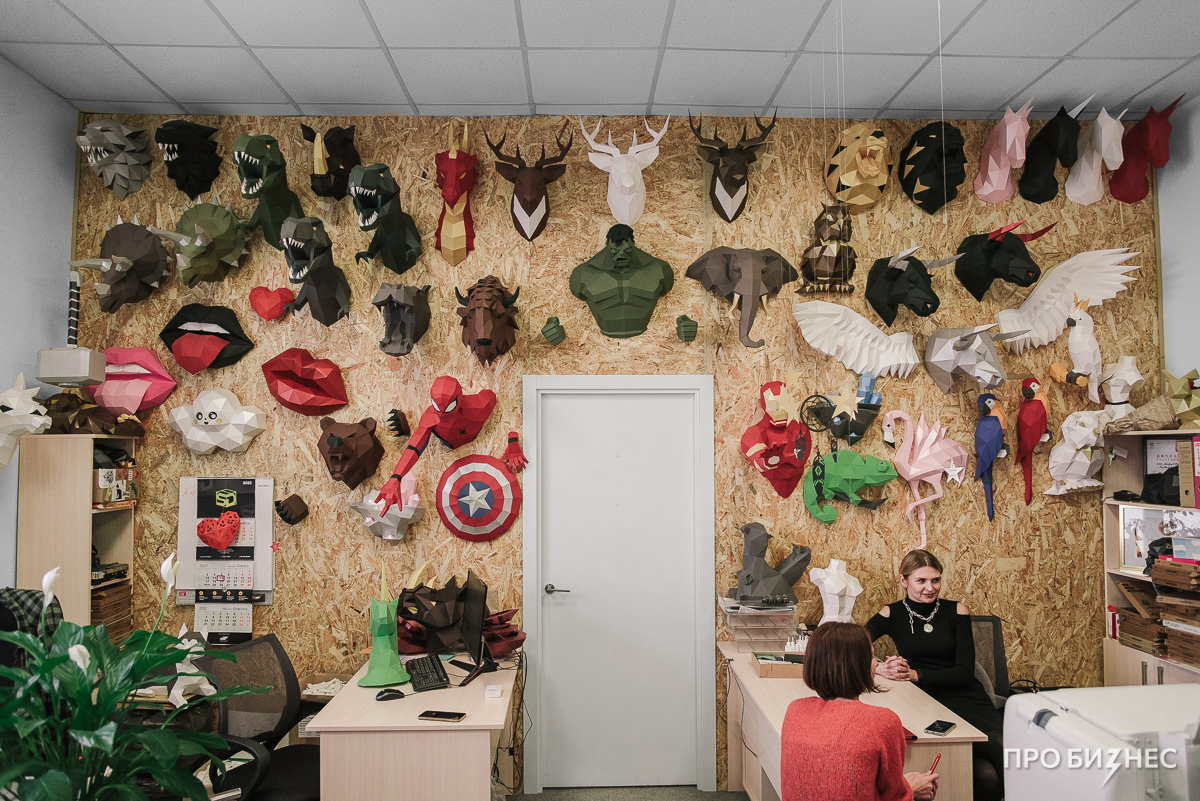 We are gradually abandoning old equipment, acquiring new ones with greater productivity and the least need for human labor. On the new equipment, training an employee takes less than a month, and earlier it took about three. We get more output, save on staff, and we can give each employee a higher salary. Everyone wins.

“We must clearly plan, count and not spend too much”

– Once upon a time, a businessman suggested to us: what you can do yourself, do it yourself. This reduces the cost of the final product. We do just that,” says Alexey. – We pour the glue that is needed to create the figures ourselves. We purchased equipment for packaging in thermal film, which allowed us to reduce the cost of this part of the work by 4 times. 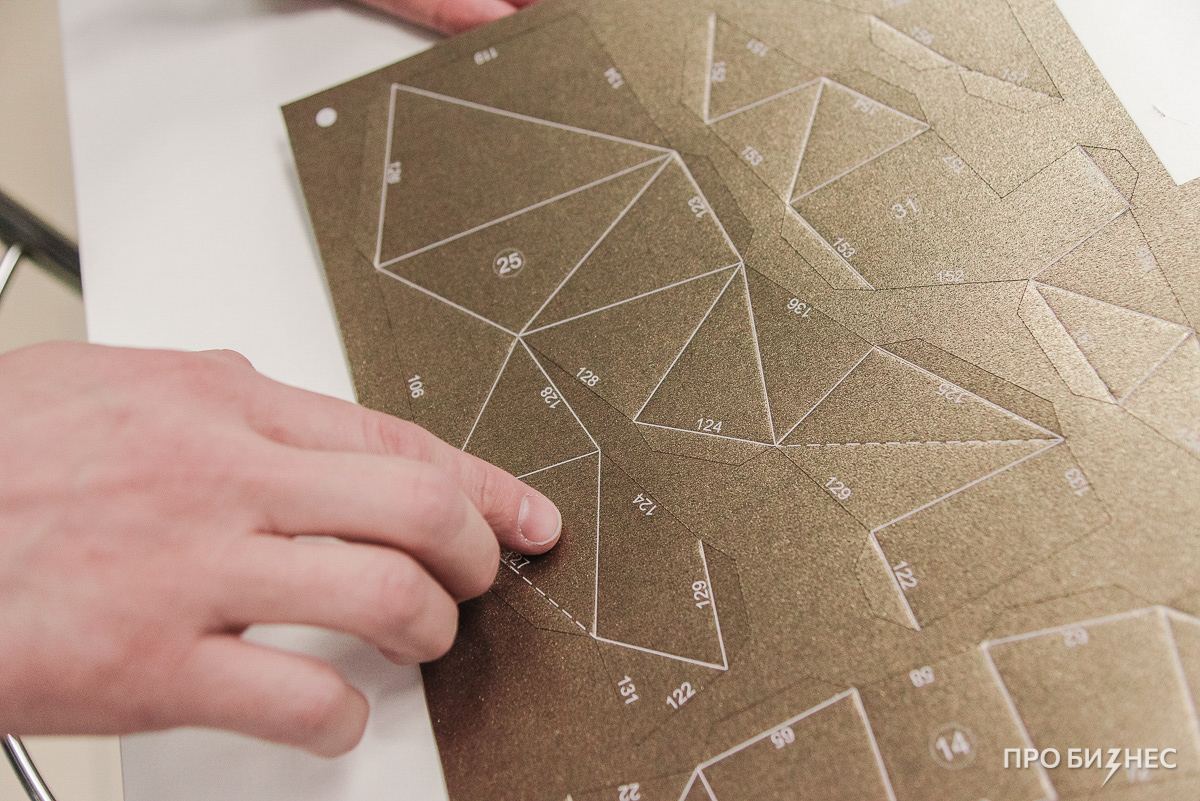 We have learned to calculate literally every step. For example, in our business there is a seasonality: in summer people are too lazy to collect sculptures, and autumn-winter-New Year holidays are the peak of sales, says Anastasia. — Half a year before the peak demand, it is necessary to purchase cardboard in Europe, bring it, and produce products. Previously, it was necessary to buy the entire volume at once – that is, to invest several tens of thousands of dollars in a difficult “non-saleable” time, when you have to pay rent and salaries to employees, and then wait for it to pay off.

Every year we grow volumes, and every time history repeats itself. But now we know that we need to clearly plan, calculate and not spend too much, because there are big expenses for materials ahead.

There was a moment when we found a supplier in Italy, he was the only one who made concessions: he bought the material at the factory, put it in his warehouse and shipped it in parts. Now we have changed the logistics: we carry from the same supplier through Turkey. This, of course, complicates the business, but at least there is a way out in order to have quality material for the figures. And what will happen next is still unknown.

“We can sell at least 6 thousand sets per month, by the New Year – about 10 thousand per month,” Alexey explained. — Sales channels today are almost all marketplaces in the world: Amazon, Wildberries, Ozon and others. Offline sales in Minsk are Art Territory, OZ.by, Officeton.by, where you can see the sets live, as well as ready-made samples, so that the buyer can imagine what the result will be. 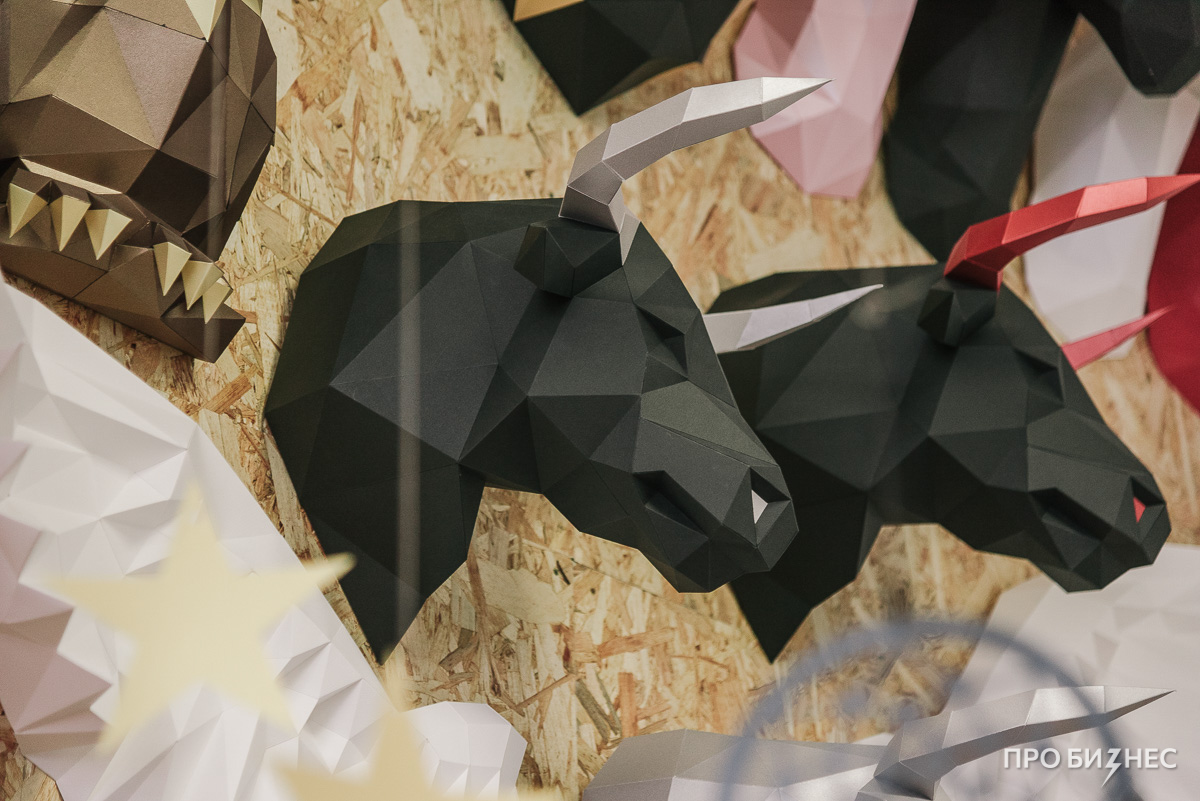 We decided to open an office in Moscow, Anastasia is in charge of it. Perhaps in time we will recruit a team there. But for now we plan to leave production in Belarus: now it is cheaper to buy materials and produce here, and ship them to Russia. Of course, if there are other turnovers in the future, we will think about it.

— In monetary terms, the volume of our wholesale sales can range from 50 to 100 thousand Belarusian rubles ($ 20-40 thousand), — says Anastasia. – The company in Moscow works only for marketplaces, its turnover has begun to grow, the numbers are approaching 1 million Russian rubles (about $ 16.5 thousand) per month. The Russian market is large, we hope that we will develop further.

The average retail price of our set is 29−30 Bel. rubles ($ 12). We do not raise prices, as we increase volumes and optimize production, reducing costs and prime cost.

Paperraz has never been made quickly and cheaply. From the very beginning we wanted to make a premium product. It is important to turn on yourself at all stages: assemble the box, assemble a new figure – and more than once, see all the flaws and quickly eliminate them. We pack in a box only when we receive the ideal option.

We even wanted to have a competitor to learn from. But over the years there was not a single worthy one. Basically, Paperraz is just copied. There were many requests from China for the purchase of developments and finished products. And buyers who dealt with Chinese sets do not buy them a second time, because this is frankly “consumer goods”. On Wildberries, we see comments that you need to buy the original, because fakes and copies are of poor quality. 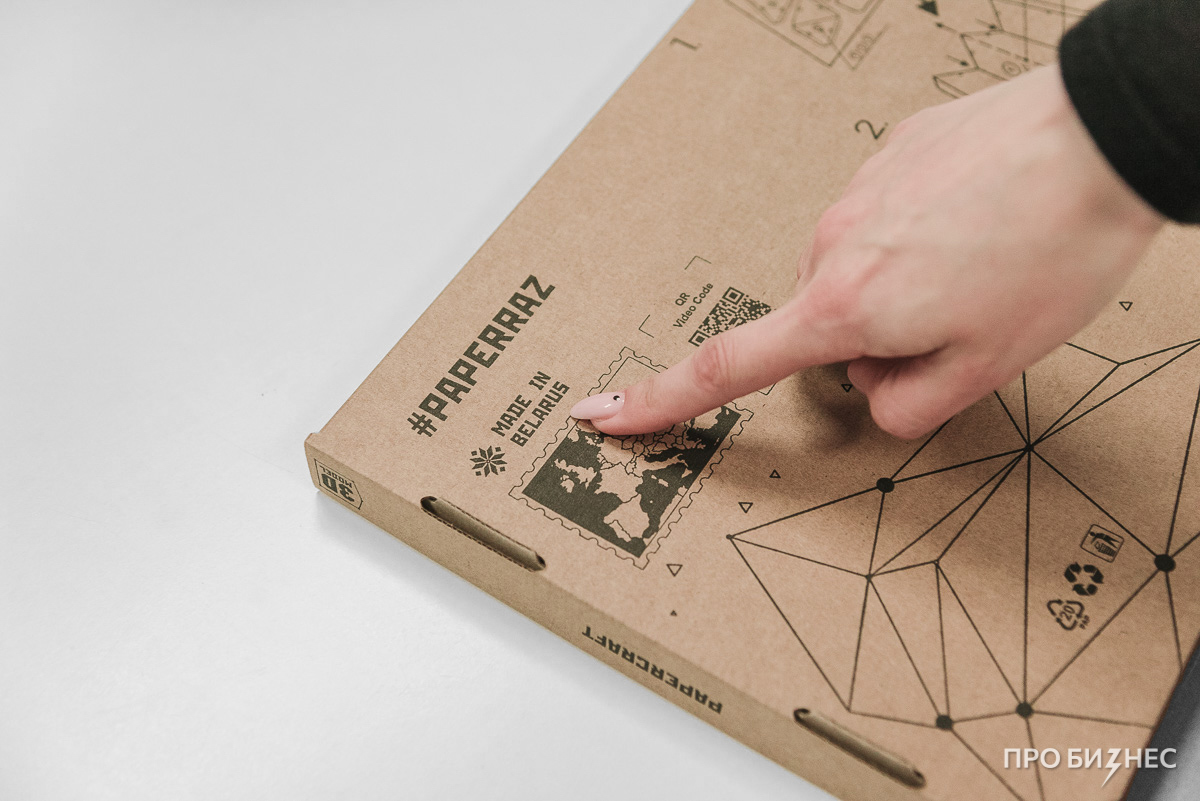 “Recently, we have faced the fact that they are “licking off” the packaging, instructions, symbols, design,” Alexey smiles. “But with a copy, buyers realize very quickly that they have wasted their money.

We treat fakes philosophically: they say that they copy the best. For us, this is an incentive to be one step ahead. Most often, “imitators” do not stay on the market for more than a few months, apparently realizing that they cannot compete. 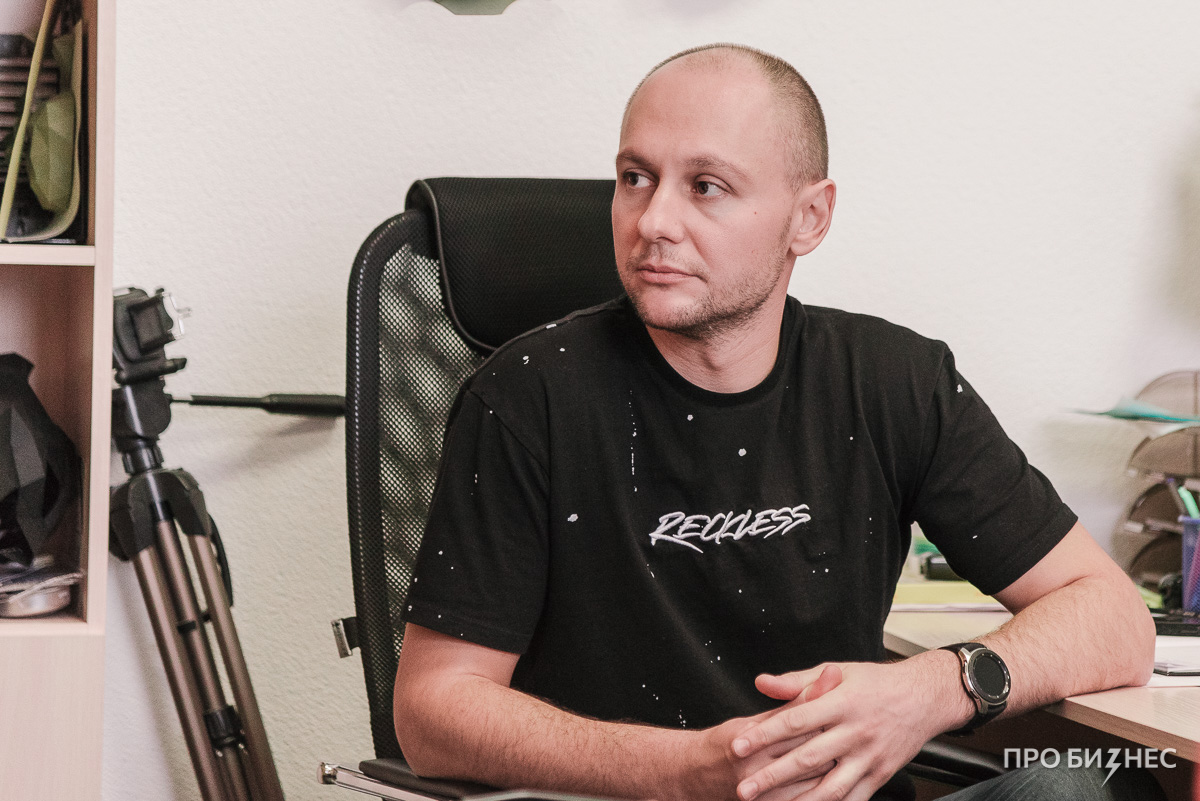 “And then – you can capture the whole world”

“We also made the figures luminous: they can be used both as decor and as a night light,” says Anastasia. – Before the New Year – 2022 there was a test launch, now they are already being actively sold.

“We also plan to develop a new direction and make not only polygonal figures,” Alexei revealed some secrets. — There are several test samples. For now, we will keep it a secret what it is, but in the next month and a half we will present a new product.

The wider the product line, the better for the company.

It must be admitted that while we are passively selling, that is, our products are selling themselves. And with the increase in markets, it is necessary to move into an active phase. The plans are to create a sales department with competent specialists.

We also plan to work out the market in Russia as much as possible. This is the first big step. Then there are Europe and the USA. We can produce 50 times more for the European and American markets, especially since our documentation and instructions have already been translated into several languages. There is also an English site. And then – you can capture the whole world. 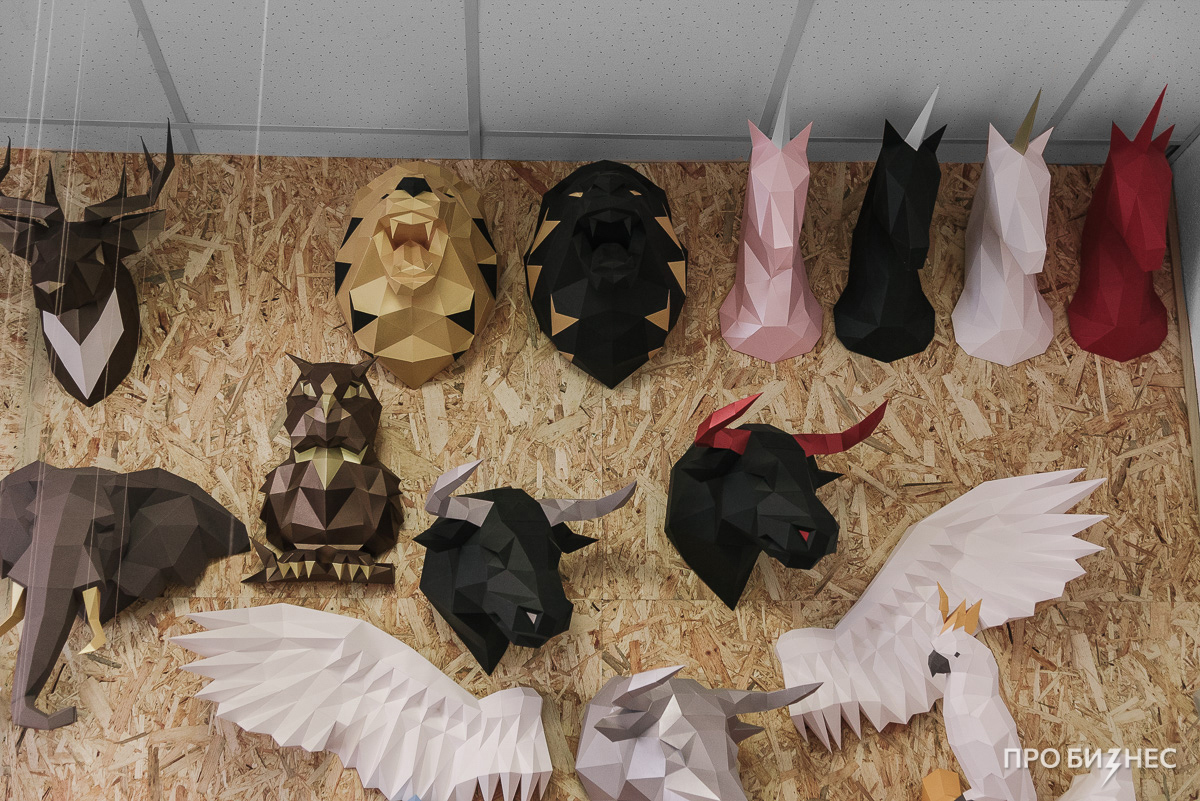 Business grows, new problems appear. For us, this is a puzzle that must be constantly solved.

– What we do, we ourselves really like. So buyers love it too. When the situation is like this, new ideas come by themselves, you wake up at night – it dawned on you, – confirms Anastasia. — The main thing is that we believe in our product.