Military operations in Ukraine have been going on for almost 3 months. During this time, Belarusian and Russian businesses have faced sanctions, the departure of partners, and negative feedback from customers for the way a particular company reacted to the tragic events. Pro Business asked the founder of the YEES digital agency Yevgeny Chernobay to conduct a short analysis of how different brands reacted to events in Ukraine, and evaluate what was done correctly in terms of marketing and what was not.

Russia: Silence, Departure of Brands and Attempts to Communicate Accurately

— To analyze brand communications, we began to study their social networks. Of course, the choice was small: on March 7, Russians lost the ability to upload content to TikTok, and on March 21, Meta Platforms (Facebook and Instagram) were banned in Russia. Therefore, the activity of brands was also limited by the impossibility of using all available platforms.

Burger King, for example, has left its activity only on VK and Twitter.

The day before the start of the “special operation”, the brand conducted the usual communication with the audience: 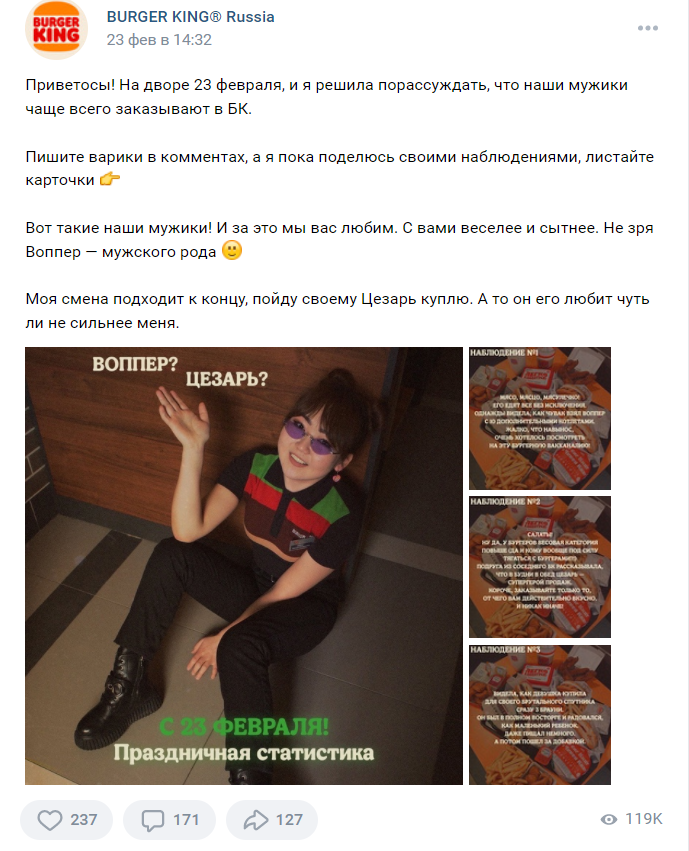 On February 23, we see a rather expected post congratulating men.
And pay attention to the tone of communication. “Privetos”, “Variki” is a typical slang for buzzers, who are the network’s priority audience. 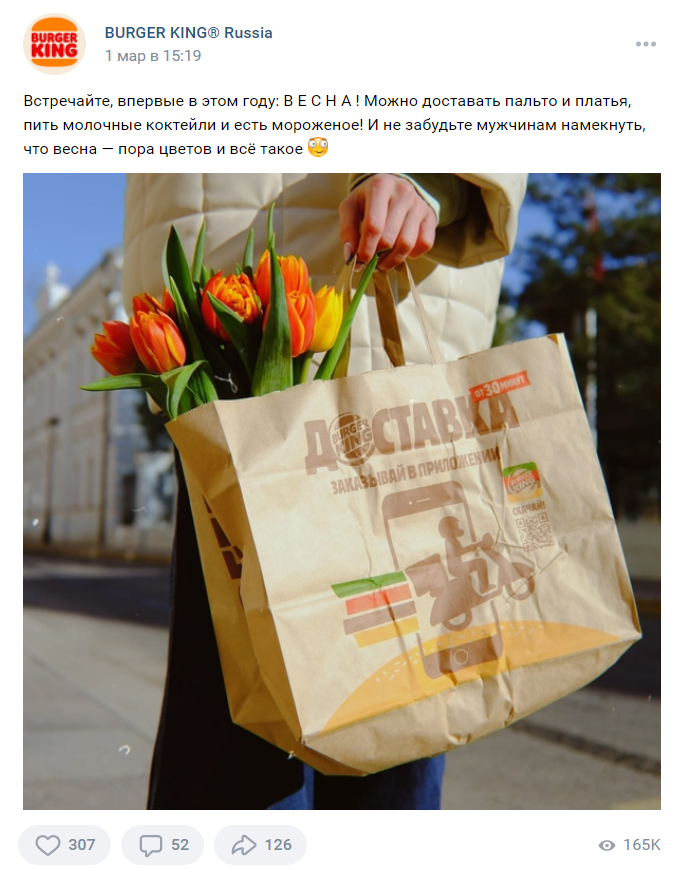 The next post was dedicated to the first day of spring. But in the comments of users, one question worried:

The popular clothing brand ZARA published the last post on February 22, and on March 5, the owner of the clothing brands Zara, Pull & Bear, Oysho, Bershka, Stradivarius and Massimo Dutti – Spanish Inditex – announced the closure of stores in Russia, as well as the suspension of online trading. 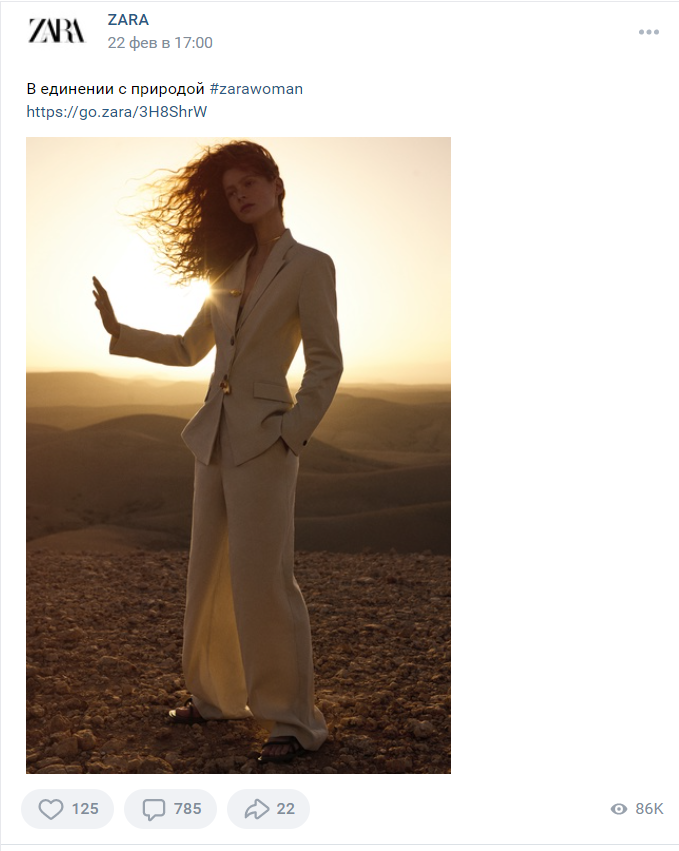 But the most interesting will tell us the comments under the post: 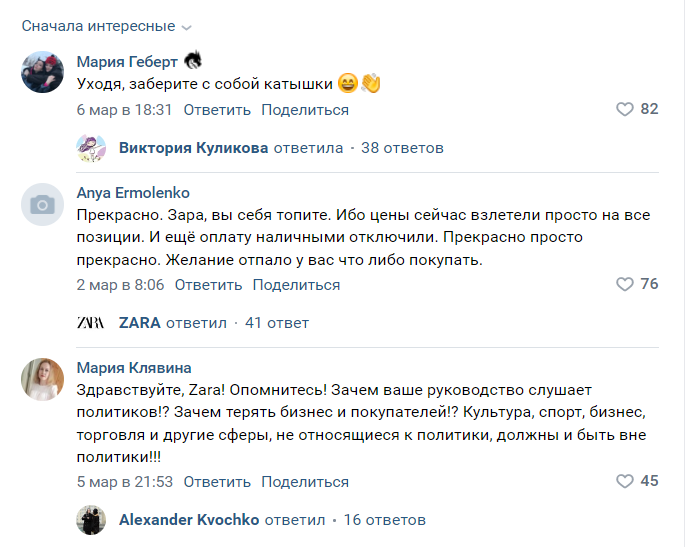 Moreover, Zara responded to the second comment in her usual businesslike manner: 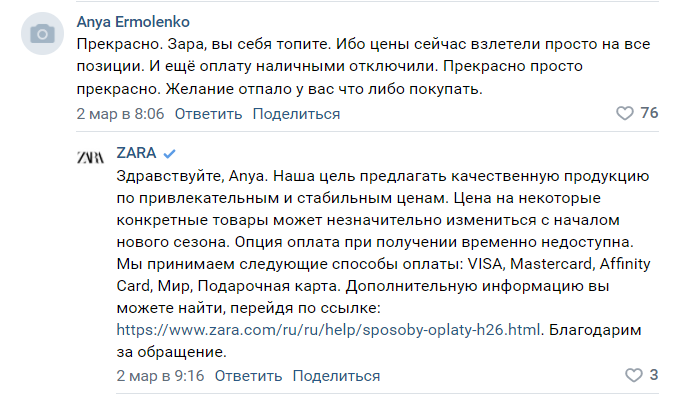 But then users bombarded the brand with various claims, and Zara realized that there was no point in responding to everyone. This is an absolutely rational decision, based on the events, because after announcing its position on leaving Russia, any brand comment would look like an excuse for the audience to express their dissatisfaction. Thus, the number of negative comments would be directly proportional to the comments from the brand.

The last post on social networks came out on February 18, and since then there has been silence.

Coca-Cola, like Zara, decided not to engage in a discussion with followers, thereby not provoking them to even more negative comments.

Now let’s see what local Russian brands were publishing at that moment. The first post after February 24 at Black Star Burger happened on the 28th:

But after Meta was declared an extremist organization, Black Star Burger published content for a while, which “ended” on April 7th.

The brand retained its style of communication and periodically received negative comments.

And here is how Sberbank reacted to the situation. Since sanctions were imposed on him almost immediately, the bank decided to respond to the most popular user requests and refute some information.

It is worth noting that this is a competent strategy, because by doing so they “blocked” potential negative from customers. After all, users would not know what to do in a given situation. If the brand were to shut up and not communicate with the audience in any way on social networks, it would receive an incredible amount of negative feedback.

In the future, they retained this type of content: 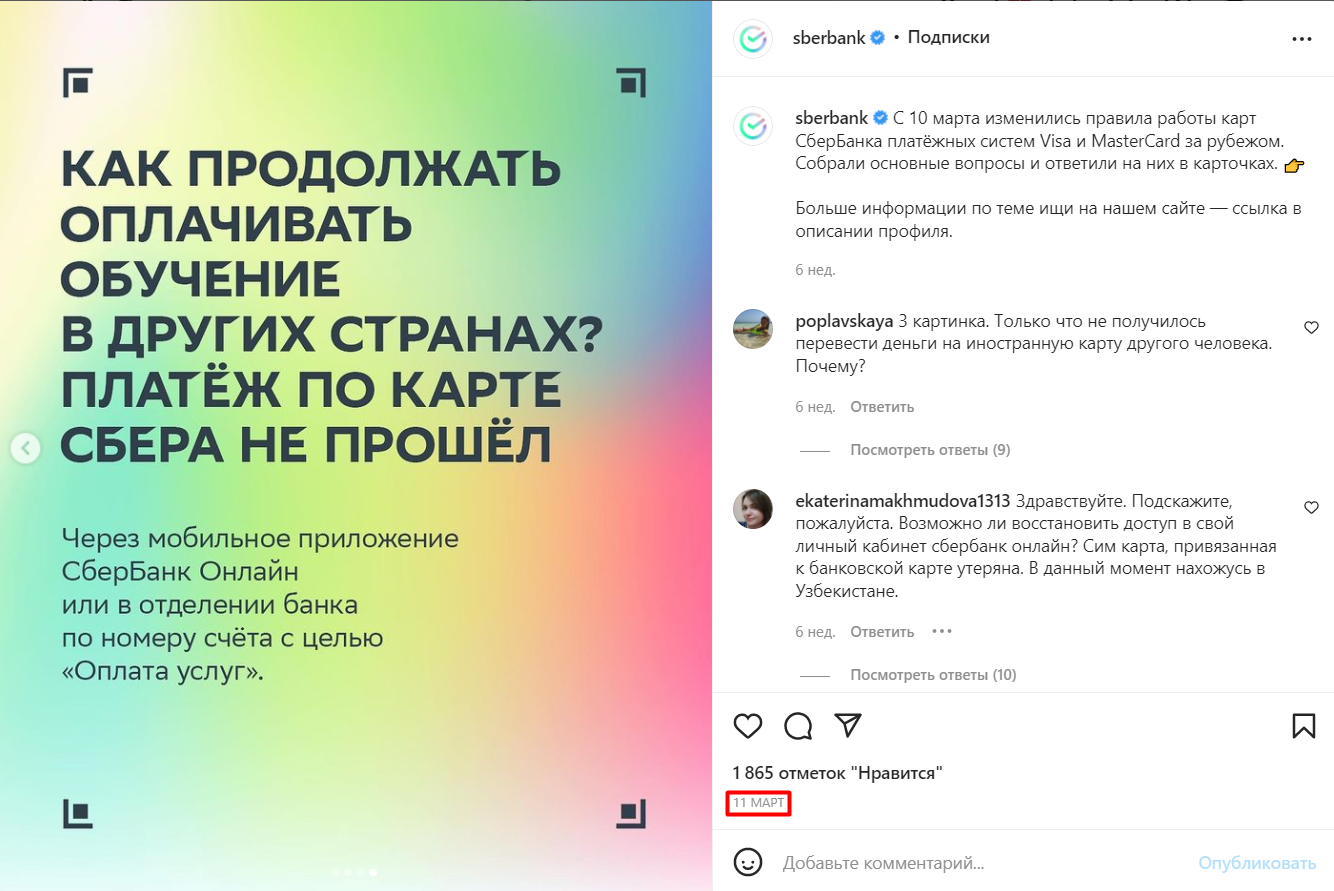 Remarkably, Sber retained the visual concept of its profile: 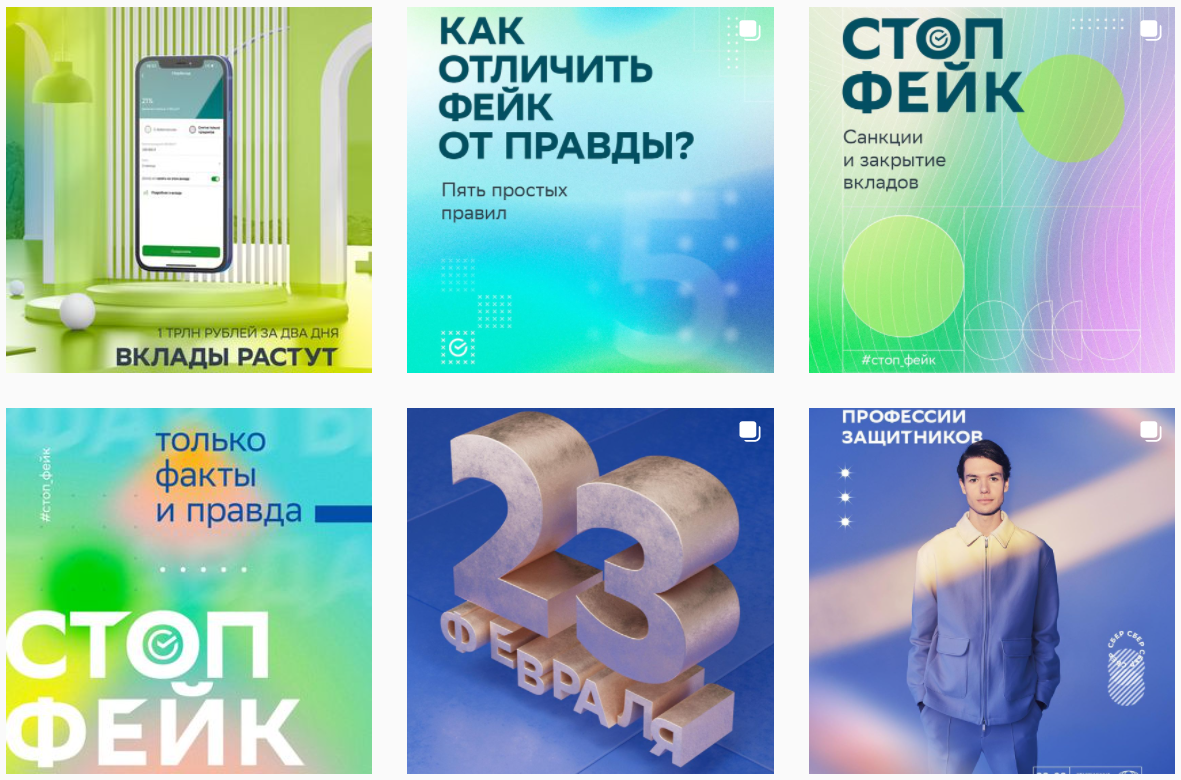 Against the background of what is happening, bright gradients look ambiguous. Of course, the whole visual concept is agreed in advance, but in the current realities, it would be worth being flexible and changing the tones to calmer ones. Since this is really a “people’s bank” with a huge audience, the views of different user groups should be taken into account.

Belarus: silence and video from production

As for Belarusian brands, the situation is similar here. Let’s take Onega as an example. There was a month of silence, and then videos from the production began to appear:

Wafers “Vitba” published the first post 2 weeks after the start of the war in Ukraine: 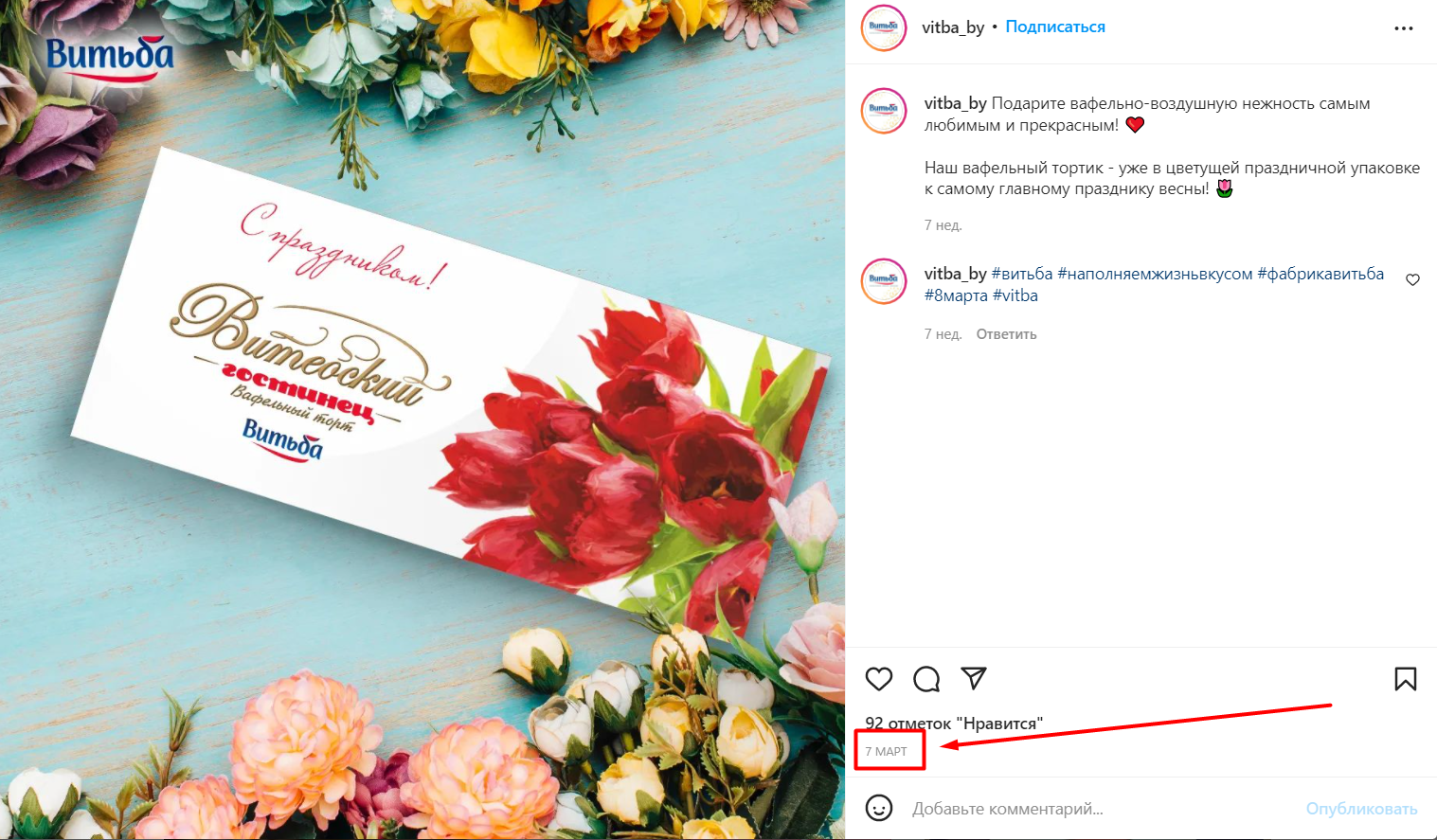 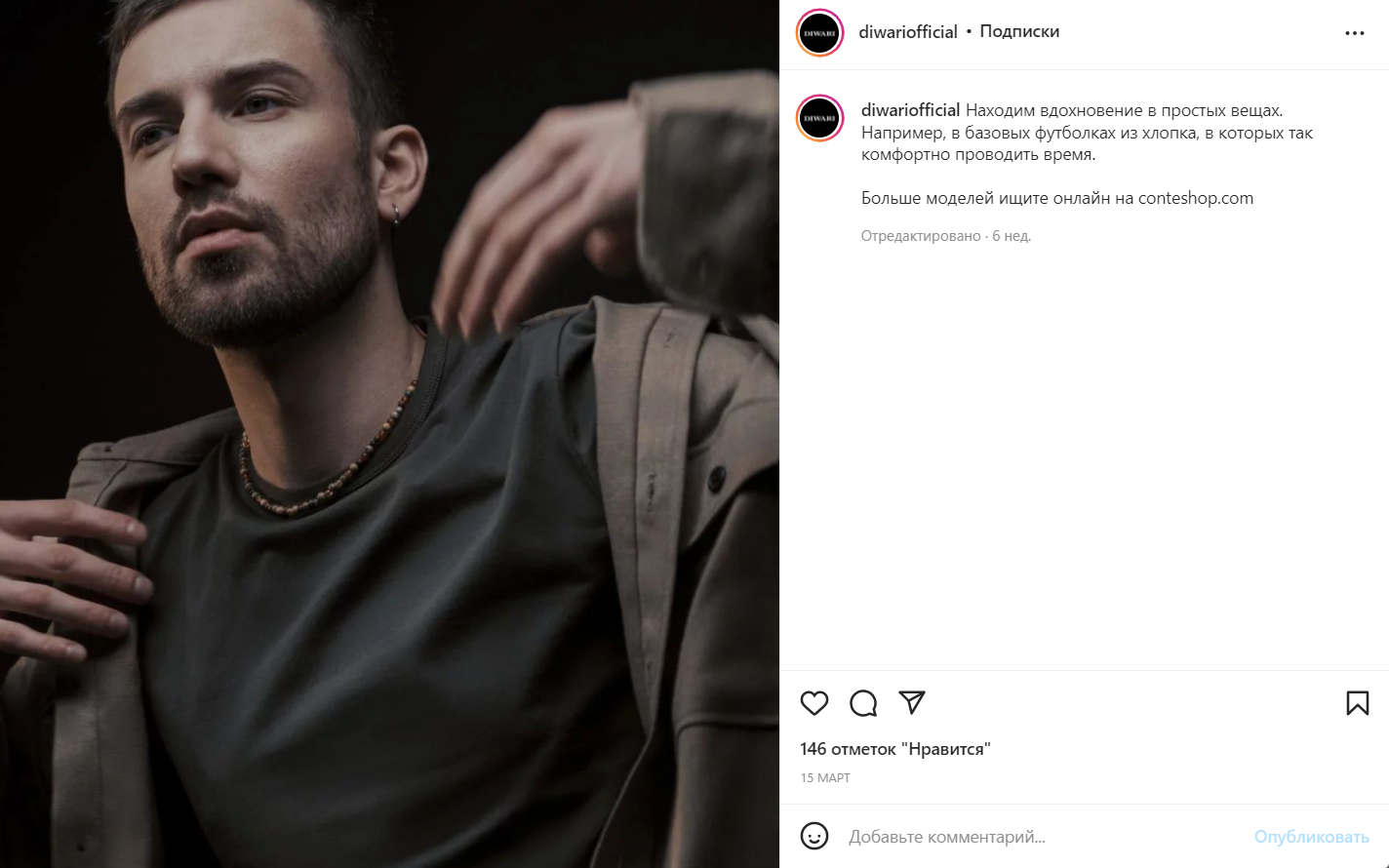 In general, all brands retained the tone of communication: no statements or positions were made, which is predictable. Only the frequency of publications has changed: someone stopped working in social networks and after some time returned to the previous pace, and someone, like the same Zara, completely stopped their work.

I believe that maintaining neutrality is the surest strategy for a company in the face of hostilities in a neighboring country. Because each brand has an audience with different views on what is happening, and in order not to lose any part of it, it is “more profitable” to simply work on or stop all communications for a while.