Home Crypto Forex Results of the week: Do Kwon proposed Terra hardfork, and $8000 test was predicted for Bitcoin 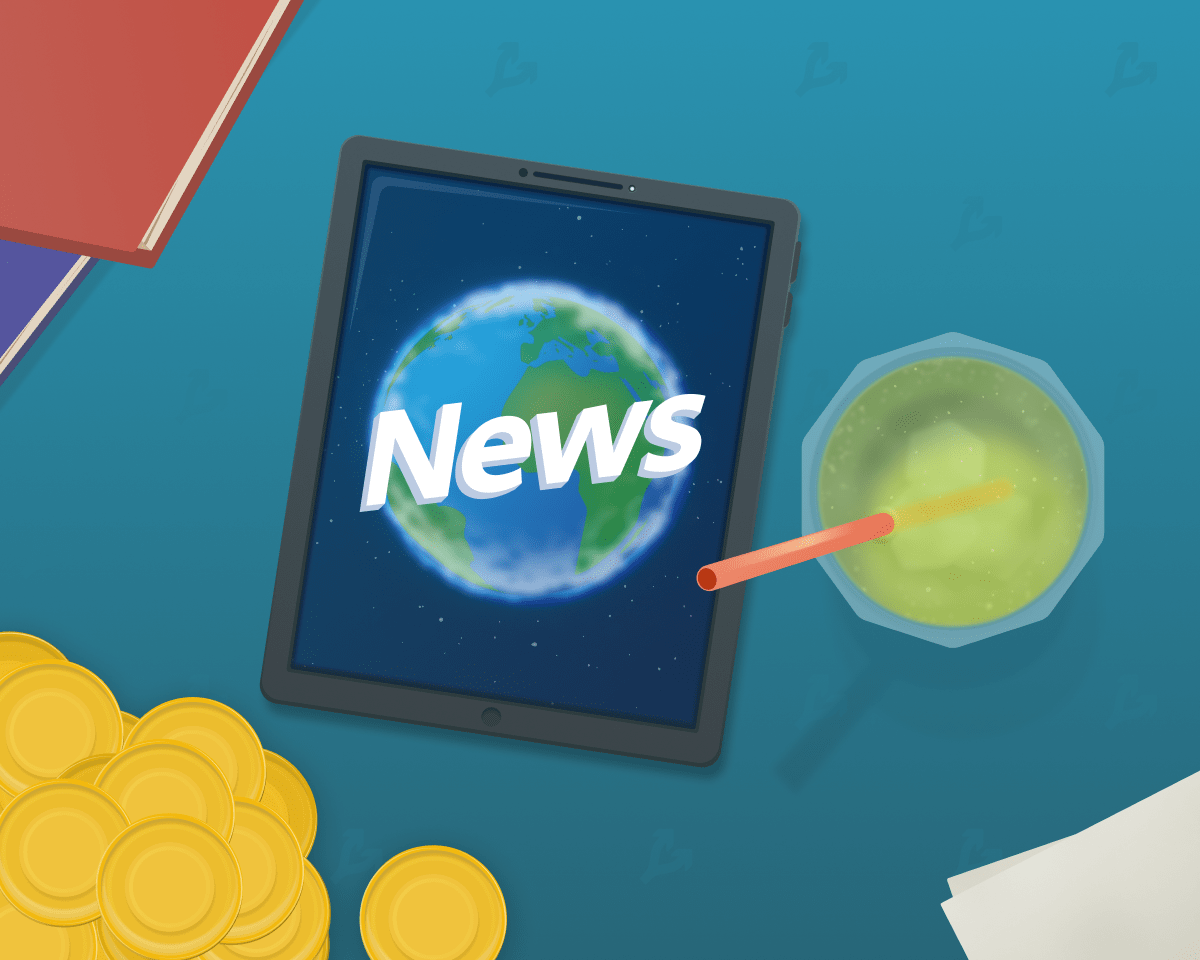 Do Kwon proposed a hard fork of Terra, Peter Schiff predicted a test of the $8,000 level by Bitcoin, Ethereum developers announced the timing of the transition to the Proof-of-Stake algorithm, and other events of the outgoing week.

Gold advocate and critic of the first cryptocurrency, Peter Schiff, said that the price of bitcoin will test the lower boundary of the corridor around the $8,000 mark. He came to this conclusion based on technical analysis.

At the same time, Glassnode analysts noted that amid the collapse of UST, BTC quotes approached the fair price level.

At the time of writing, the first cryptocurrency is trading near $29,900.

At the end of the week, almost all digital assets from the top 10 by market capitalization were in the red zone. The exception is Binance Coin (BNB) and Cardano (ADA). The price of the first increased by 7%, the second remained practically unchanged.

According to the CoinCodex service, the PEOPLE management token of the ConstitutionDAO project has risen in price the most over the week among moderate-cap digital assets. Its price has increased by more than 115%.

As expected, the TerraUSD algorithmic stablecoin fell in price more than others. The price of UST fell by almost 60%.

The total capitalization of the cryptocurrency market amounted to $1.34 trillion. The Bitcoin dominance index rose to 42.5%.

The head of Terraform Labs, Do Kwon, proposed to hard fork Terra with the advent of a new network and an airdrop. He called it “a chance to revive the project from the ashes”.

The new network is supposed to keep the Terra name with the LUNA token. The initial blockchain will become Terra Classic with Luna Classic (LUNC) respectively.

The project will continue development without a new algorithmic stablecoin.

The total emission of LUNA will be 1 billion tokens, the target reward for staking (inflation) is 7%. Voting on Kwon’s proposal began on May 18 and will run until May 25.

Most of the community members did not support the idea of ​​a hard fork in the preliminary vote. However, in the main process, the proposal has already passed the quorum threshold.

Kwon also made changes to the proposals, editing it “with the opinions” of the ecosystem participants.

South Korean authorities have re-established an interagency group, disbanded more than two years ago, to investigate the collapse of Terra. The team was previously nicknamed the “Grim Reapers”.

There have also been reports in the media about potential parliamentary hearings involving Kwon regarding the collapse of the project’s ecosystem.

How the community reacted to the collapse of Terra

Ethereum founder Vitalik Buterin urged Terraform Labs to focus on compensation to small investors in LUNA and UST. According to him, “rich” people are able to bear personal responsibility.

It is not entirely clear how exactly it is possible to return the lost funds. This week, the nonprofit Luna Foundation Guard said it drained $3 billion of its reserve fund in an attempt to keep the UST stable.

The silence was also broken by the founder of the cryptocurrency bank Galaxy Digital, Mike Novogratz. His structure became one of the main investors in Terraform Labs, and the billionaire himself got a tattoo on his left arm with a reference to LUNA.

Novogratz acknowledged that the collapse of the Terra ecosystem undermined confidence in the DeFi sector and the cryptocurrency market in general, although the idea of ​​​​creating an algorithmic stablecoin looked promising.

Forbes journalists also noted the impact of the incident on the digital asset industry. In their opinion, the collapse of the project in terms of its impact on the industry is not inferior to the bankruptcy of Mt.Gox, the hack of The DAO, the explosion of the ICO bubble and the collapse of the crypto market in March 2020.

Whales disclosed losses due to the collapse of UST and LUNA

The head of Binance, Changpeng Zhao, revealed the company’s investments in the Terra ecosystem and noted that at the time of the collapse, the exchange owned 15 million LUNA, which are now almost worthless.

The collapse of Terra cost blockchain company Hashed $3.5 billion in losses. Against the background of the incident, the investment research firm Delphi Digital could also lose up to 13% of its assets – this was the equivalent of the peak value of the purchased LUNA tokens.

Emin Gun Sirer, the founder of the Avalanche project, said that the non-profit organization Avalanche Foundation lost $60 million that it invested in Terra.

However, not all Terra investors lost money. Pantera Capital reported that the company cashed out about 80% of investments in the project ecosystem with a large profit.

What to discuss with friends?

UST is not the only algorithmic stablecoin to lose parity against the US dollar. On May 15, the price of DEI from the Deus Finance DAO project fell to levels near $0.51. The incident coincided with the publication of a proposal to launch a fixed-rate debt token program from DEUS Treasury.

In the first quarter of 2022, the USDT stablecoin issuer, Tether Holdings Limited, reduced its reserves in commercial securities by 17%. By the end of the second quarter, the company intends to reduce the amount of collateral in these assets by another 20%.

Accounting firm MHA Cayman, which conducted the audit, confirmed that the company’s reserves exceed the amount needed to fully repay the USDT.

The developers of the second layer protocol of the NEAR network – Aurora – announced the launch of the Aurora + platform with native token staking. It will be distributed during an airdrop among users who register with the service during the first week.

The State Duma supported in the first reading a bill on taxation of transactions with digital financial assets (DFA).

At the end of the week, a draft law on amendments to the Civil Code, fixing the concept of NFT, was submitted to the State Duma.

Robinhood will launch a non-custodial crypto wallet, and Revolut will issue its own token

Online broker Robinhood has announced the creation of a non-custodial Web3 wallet that will provide users with full control over cryptocurrency and direct access to the DeFi and NFT segments.

Revolut founder Nikolai Storonsky announced the neobank’s plans to issue its own digital token as part of the development of a customer loyalty program.

The planned transition of Ethereum to the Proof-of-Stake (PoS) consensus algorithm will take place in August, said one of the lead developers Preston Van Loon.

According to him, the team expects to complete the process, which is called the “merger” [The Merge]until the “difficulty bomb” is activated.

Earlier, Ethereum developers said that on June 8, 2022, the project team will transfer the Ropsten test network to the PoS algorithm.

What to read and see?

In this exclusive article, ForkLog took a look at the causes of Terra’s collapse, assessing the current and possible future consequences for the industry, as well as the project’s chances of recovery.

Interest in decentralized autonomous organizations (DAO) in the cryptocurrency industry is growing rapidly. They told who came up with the concept of DAO, what types of decentralized organizations exist, and why people unite in distributed communities.

We released a series of educational cards: about Vitalik Buterin, algorithmic stablecoins, hard fork and the 1inch project.

In traditional digests, we have collected the main events of the week in the fields of cybersecurity and artificial intelligence.

The cryptocurrency industry is attracting an increasing number of institutional players. This is evidenced by new investments in infrastructure, and the increasing attention that companies are showing to bitcoin as an asset class. The most important events of recent weeks are in the ForkLog review.

On Monday, May 16, live ForkLog LIVE discussed what is happening with the cryptocurrency market. The guests were traders Vladimir Cohen and Anatoly Radchenko.