The National Bank of Belarus has published data on the dynamics and factors of changes in consumer prices and tariffs in the first quarter of 2022. The document contains several interesting facts. For example, the regulator intervened on the stock exchange to curb the exchange rate of the Belarusian ruble, and banks helped enterprises and businesses refinance debts in foreign currency and convert them into Belarusian rubles.

The annual increase in consumer prices in March 2022 was 15.9%. The increase in the intensity of price growth is largely due to the deterioration of external conditions that influenced the dynamics of the Belarusian ruble and
import prices, according to the National Bank.

– Additional external pro-inflationary factors were the disruption of foreign economic relations, as well as high inflation in the countries – the main trading partners.

The impact of economic activity on inflationary processes remained neutral. According to the regulator, the decline in GDP in real terms in the first quarter of 2022 amounted to 0.4% compared to the corresponding quarter of the previous year. In the fourth quarter of 2021, there was an increase of 1.1%. 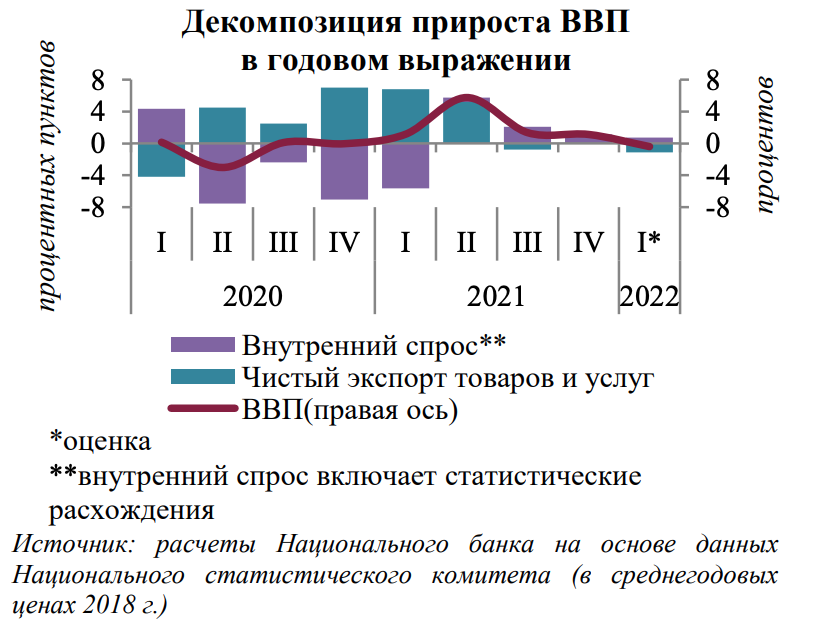 “Monetary policy was focused on limiting the impact of external shocks on inflationary processes,” the National Bank said in a review. — Against the backdrop of growing uncertainty in the reporting quarter, there was an increase in demand for foreign currency from business entities and banks. To smooth out sharp fluctuations in the exchange rate and maintain financial stability, the National Bank carried out foreign exchange interventions, which made it possible to stabilize the situation in the foreign exchange market.

According to the regulator, in the first quarter of 2022, on average, the depreciation of the Belarusian ruble against the US dollar amounted to 11.7%, against the euro – 9.7%, strengthening against the Russian ruble – 4.6%. “In order to limit inflationary processes,” the National Bank increased the refinancing rate from March 1, 2022 from 9.25% to 12% per annum. 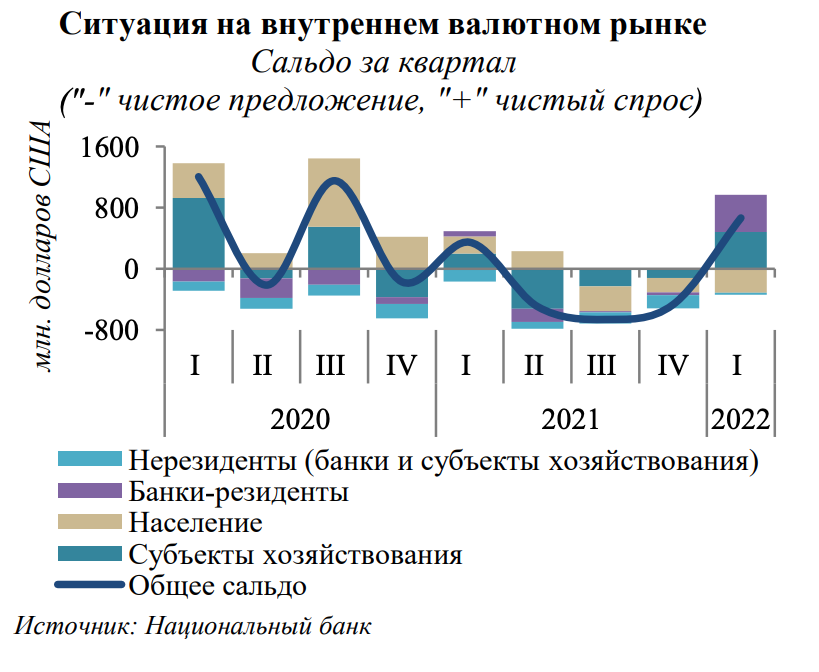 And in order to prevent the outflow of money from the banking sector, banks in March 2022 increased the yield on deposits in the national currency. This made it possible to reduce the pressure on the foreign exchange market. 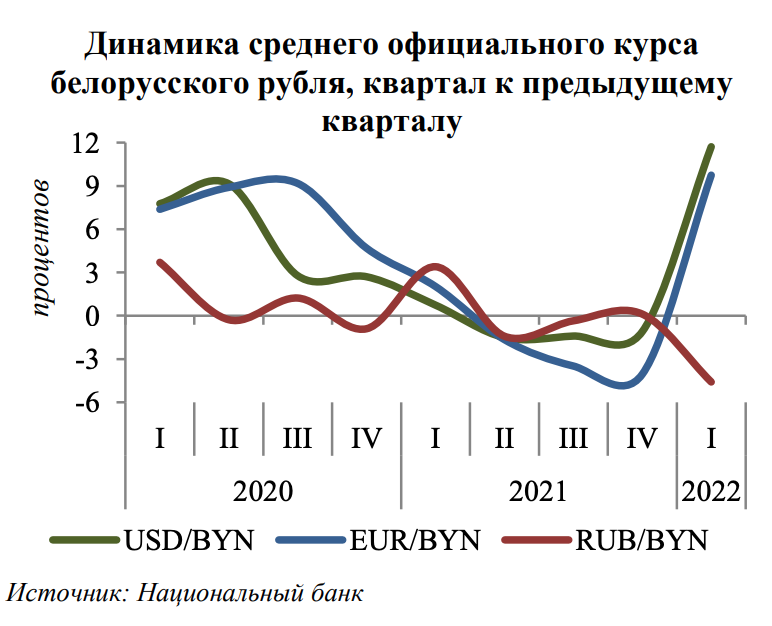 The increase in yield on deposits resulted in the growth of interest rates on loans.

“At the same time, banks continued to provide the necessary financial support to enterprises,” the regulator clarifies. — Lending to the real sector of the economy was provided mainly in the national currency. At the same time, in order to level out currency risks, banks replaced the credit debt of business entities in euros and dollars with liabilities in Belarusian and Russian rubles.

In general, the average requirements of banks and the Development Bank OJSC to the economy in March 2022 increased by 17.9% in annual terms.