Both statistics and market participants have been talking about the outflow of IT specialists and companies from Belarus in recent months. However, this problem also exists in Russia: the mass exodus of companies provokes the departure of workers. True, there many begin to return to the country. Russian web-developer and blogger Alexei Begin collected data on the departure of IT specialists from open sources and told Pro Business why he believes that the scale of the problem is exaggerated.

Where do IT people go from Russia?

I have collected the main statistics on the departure of Russian IT specialists in 2022. So, according to Habr Career, 45% of IT specialists left for Europe and 10% went to Georgia, 9% of specialists chose Asian countries and Turkey for relocation. 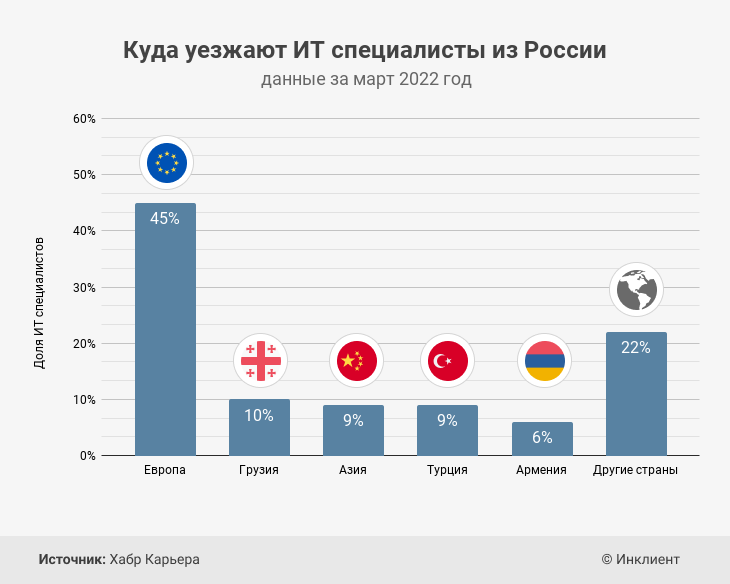 According to the Russoft Association, in total, about 40,000 IT specialists left the country in the first half of the year, but half of them should return before the end of the year. At the same time, according to the FSB of Russia, in January-March 2022, 3.88 million Russian citizens went abroad.

At the same time, the HeadHunter research service reports that the majority of IT organizations (56%) did not have specialists abroad, only a few left 14% of companies. 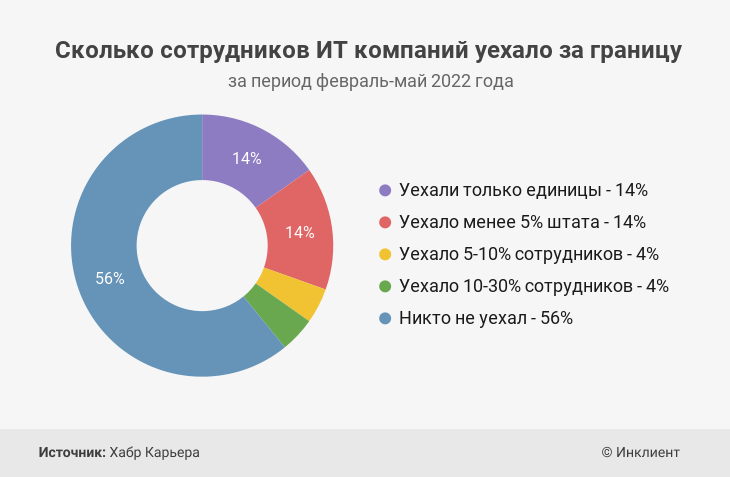 According to Yale University estimates, from February to May 2022, 177 foreign IT companies left Russia, and in total about 1,000 foreign brands left Russia.

Here are the main IT outflow trends in 2022:


“The scale of the outflow of IT specialists is exaggerated”

I believe that the scale of the outflow of IT specialists in the spring of 2022 is exaggerated in the sense that only a small part of IT specialists left Russia and many of them have already returned home. Although, of course, after the events of February 24, 2022, more IT specialists appeared in the country who would like to relocate abroad.

At the same time, the state and companies are not sitting idly by, but are very actively looking for ways to retain specialists. In addition to deferment from the army, the state introduced unprecedented benefits for IT professionals and eased the tax regime for businesses. Companies raise salaries for existing employees and actively replenish the staff with new developers.

I think that such measures contribute to the return of IT specialists to Russia. But the best incentive to retain specialists will be the stabilization of the situation in the country.