Home Crypto Forex What is the metaverse and why does it have NFT? Forklog explains 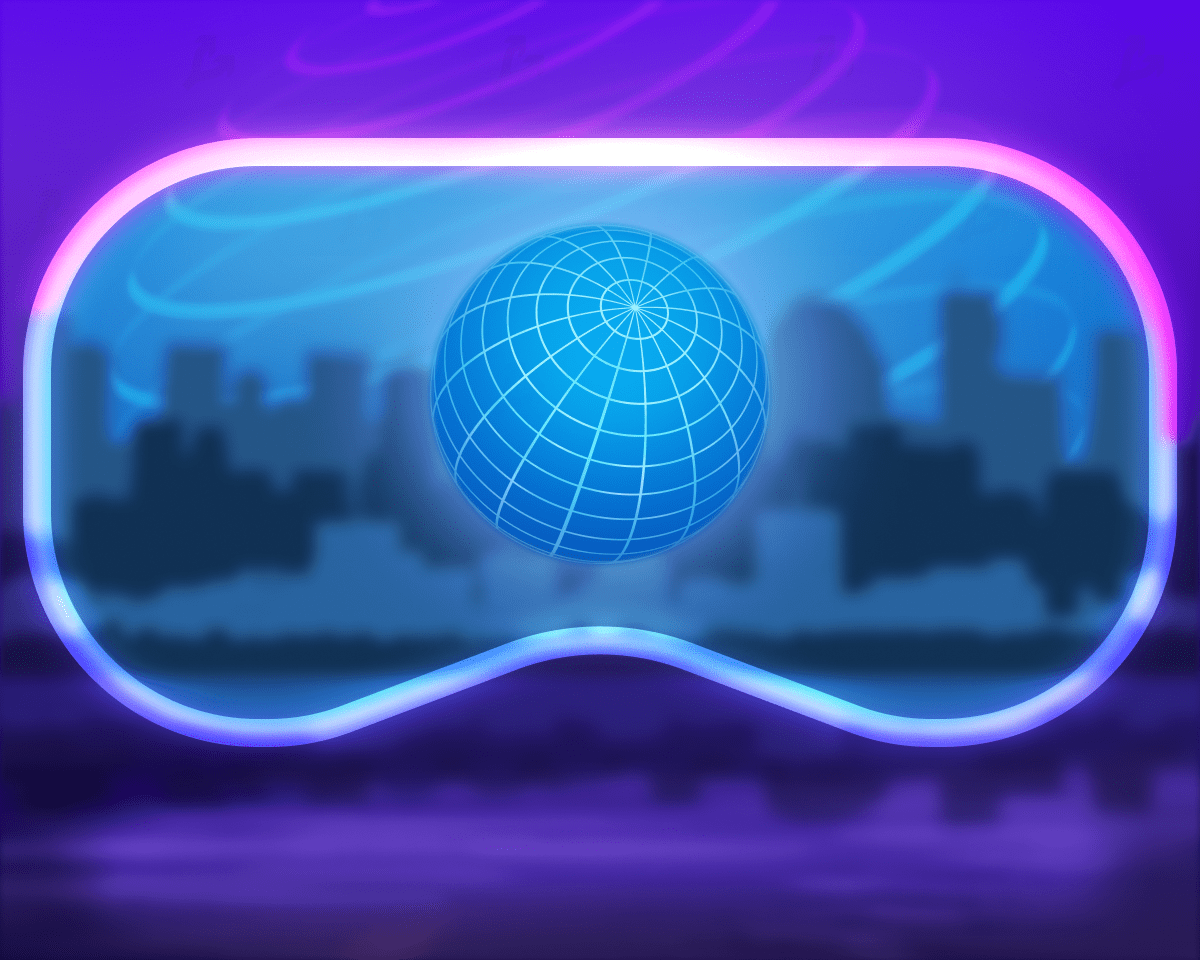 What does the term mean “metaverse”?

Although this is a complex and ambiguous concept, it usually refers to several main components: a three-dimensional digital space that uses technologies such as virtual (VR) or augmented reality (AR), blockchain and NFT, as well as artificial intelligence.

In the mass representation, metaverses are a new generation of Internet platforms: self-sufficient worlds, whose users will be able to work, relax, study and do any other business in them. Each of these worlds can have its own functions and features.

What are the main attributes of the metaverse?

Key features of today’s digital world can be found in an essay by Amazon Studios executive Matthew Ball titled The Metaverse: What It Is, Where to Find it, and Who Will Build It ).

In his work, Ball listed the principles on which the metaverses will be built in the near future:

1. Consistency. The Metaverse cannot be paused or reset. It exists in real time, regardless of external factors.

2. Synchronicity. The metaverse exists sequentially. This is a life experience that spans both the real world and the virtual space.

3. Availability. Virtual reality should not have any restrictions for its participants. Everyone can be a part of what is happening.

4. Compatibility. There should be a direct exchange of data, digital assets and objects between different virtual worlds. For example, a weapon skin in Counter Strike can be used to decorate weapons in Fortnite or gifted to a friend on Facebook.

5. Closed economy. Metaverse members can create, own, invest, sell, and earn rewards for a wide range of virtual services that are of value to other members.

Is the metaverse a game?

Short answer: no. The main function of games is entertainment, and users, with rare exceptions, spend money on them rather than earn money.

The purpose of the metaverse is to create new ways of interaction between people and transfer real life to digital form. This includes aspects such as socialization, culture, economy and the public sphere.

In the world of the metaverse, there is no single narrative and set of mechanics that the developer assigns. Rather, it is a “sandbox” in which the space is created by the users themselves. They themselves choose what to do. It can be games, but not only: communication, the creation of digital goods and art, “construction”, travel, or something else.

What do NFTs and cryptocurrencies have to do with the metaverses?

The metaverse concept assumes that there will be unlimited opportunities for its users to monetize their virtual life.

The main element that underlies the economy of the virtual world is non-fungible tokens (NFTs). They serve as ownership rights to any digital items and property that users create.

Developers cannot take NFT away or remove it from a member’s profile as it is on the blockchain. In addition, tokens are not limited to the scope of the application and make it possible to transfer valuable property between different metaverses.

User “avatars” themselves can also be tied to the NFT, and not to the application profile, which makes them impossible to steal, copy or delete.

Cryptocurrencies, on the other hand, act as the internal “currency” of the metaverses and also have all the properties of “digital property”.

In 2021, the giant of the digital economy, Facebook, has rebranded to become Meta. The founder of the company, Mark Zuckerberg, said that now it is the metaverse that is the main project of the corporation, and not social networks.

Meta’s digital world is called Horizon Worlds. It works with VR and AR headsets and will eventually be available on various devices, including PCs, game consoles, and even phones.

Zuckerberg himself described the world of the metaverse as “the internet where you’re on, not just looking at.”

How is the Horizon Worlds metaverse structured?

In December 2021, Meta opened beta access to its digital world to residents of the US and Canada.

The platform allows users to interact with each other, move around the virtual space, take part in events, and create objects and even worlds. The latter are limited spaces with various functions, such as a yoga room, a work office, a cafe, or a beautiful natural object for meditation.

The app has VR building components including code blocks, sounds and animation effects. You can join Horizon Worlds with an Oculus Quest headset and headset and a Facebook account.

The digital world is integrated with other metaverses that have specific functions: Horizon Workrooms, a co-working platform, and Horizon Venues, an online event and concert platform.

As stated in Meta itself in mid-February 2022, more than 10 thousand virtual worlds have already been built in Horizon Worlds, and the monthly active user base has reached 300 thousand people.

Any user will be able to monetize their activities in Horizon Worlds using NFTs. In Meta, they plan to earn on commissions from the sale of tokens. True, the company was criticized for too high tariffs.

Meta is also considering the possibility of issuing its own token as an analogue of “money” in the metaverse.

What other metaverses are there?

Today, there are several projects on the cryptocurrency market aimed at creating metaverses:

1.Otherside. A gamified digital world developed by Yuga Labs, creators of the famous NFT collections Bored Ape Yacht Club and Mutant Ape Yacht Club. The Metaverse was launched in the spring of 2022, its native token is ApeCoin (APE).

2. The Sandbox. Virtual space in the sandbox genre. In this metaverse, users own a piece of “land”, which is a non-fungible token, and can build any digital objects on it. The native token of the project is SAND.

3. Axie Infinity. Popular blockchain game with “Pokémon” mechanics: Axie Infinity users “grow” and improve their own creatures, between which they arrange fights. Players can also earn passive income by renting out their creatures. The developers of Axie Inifinity are working on a “virtual land” project: its owners will be able to buy plots and build on them, collect resources, unite and fight for territory. The native coin of the project is AXS.

4. Decentraland. One of the oldest projects in the metaverse, in which you can also purchase digital land and build objects on it, as well as create items. Land plots are also implemented in the form of NFTs. The built objects are interactive and can be monetized. Decentraland has its own cryptocurrency – MANA.

How are the metaverses evolving?

First, there is a lot of investment in digital worlds. The direction of “digital real estate” is especially developing: large banks are already investing in virtual sites in The Sandbox, and Will Smith and The Weeknd have acquired land in the Everyrealm metaverse. Any user on internal marketplaces can buy land in the metaverse. Native cryptocurrencies of projects are actively traded in the crypto-currency market and occupy leading positions on it.

Large companies are increasingly involved in the metaverse. So, in the spring of 2022, Decentraland hosted a fashion week, which was attended by many famous brands, including Dolce & Gabbana and Tommy Hilfiger. And the leading cosmetics manufacturer Estee Lauder advertised new products on it.

Payments company Mastercard has applied for 15 trademarks related to the metaverse and cryptocurrencies. McDonald’s files a patent, according to which the chain plans to open restaurants in the metaverse and sell food in the form of NFTs.

Corporations are investing large sums in the creation of metaverses. In particular, the major game developer Epic Games immediately raised $ 2 billion to create entertaining virtual worlds “for the whole family.” He is implementing the project in collaboration with Sony and LEGO.

And in South Korea, the metaverse was made a national project and allocated $186 million from the state budget for its development.

Various organizations open their representative offices in virtual worlds: for example, JPMorgan bank and Dubai crypto regulator have such offices.

By 2030, Citibank estimates that the metaverse market will reach $13 trillion and have 5 billion users.