The $ 30,000 mark is an alarming level for Bitcoin, after which a sharp change in trend is expected.

According to analyst Timothy Peterson, BTC will be at risk or “red alert” if it rises by about $ 3,000 more and overcomes the psychological milestone of $ 30,000.

The expert analyzed the movement of the cryptocurrency in 2012, 2014 and 2018 and came to the conclusion that 2021 could repeat the fate of previous market falls. Peterson used the Metcalfe model to form his pronose, which he periodically applied in the past.

At the same time, the analyst stressed that it is impossible to guarantee the strengthening of sales at this stage and the further collapse of the market. However, the risks of a repetition of the negative scenario will nevertheless become more acute.

On Monday, December 28, bitcoin holds just above 27,000. The coin tried to break through to $ 28,000 the day before, but so far BTC does not have enough support to take this mark.

The Santiment team also believes that we are approaching the peak values, after which a trend change awaits us. After a successful Christmas weekend, the activity of bitcoin addresses began to decline. This is a common trend that precedes a cryptocurrency price correction. 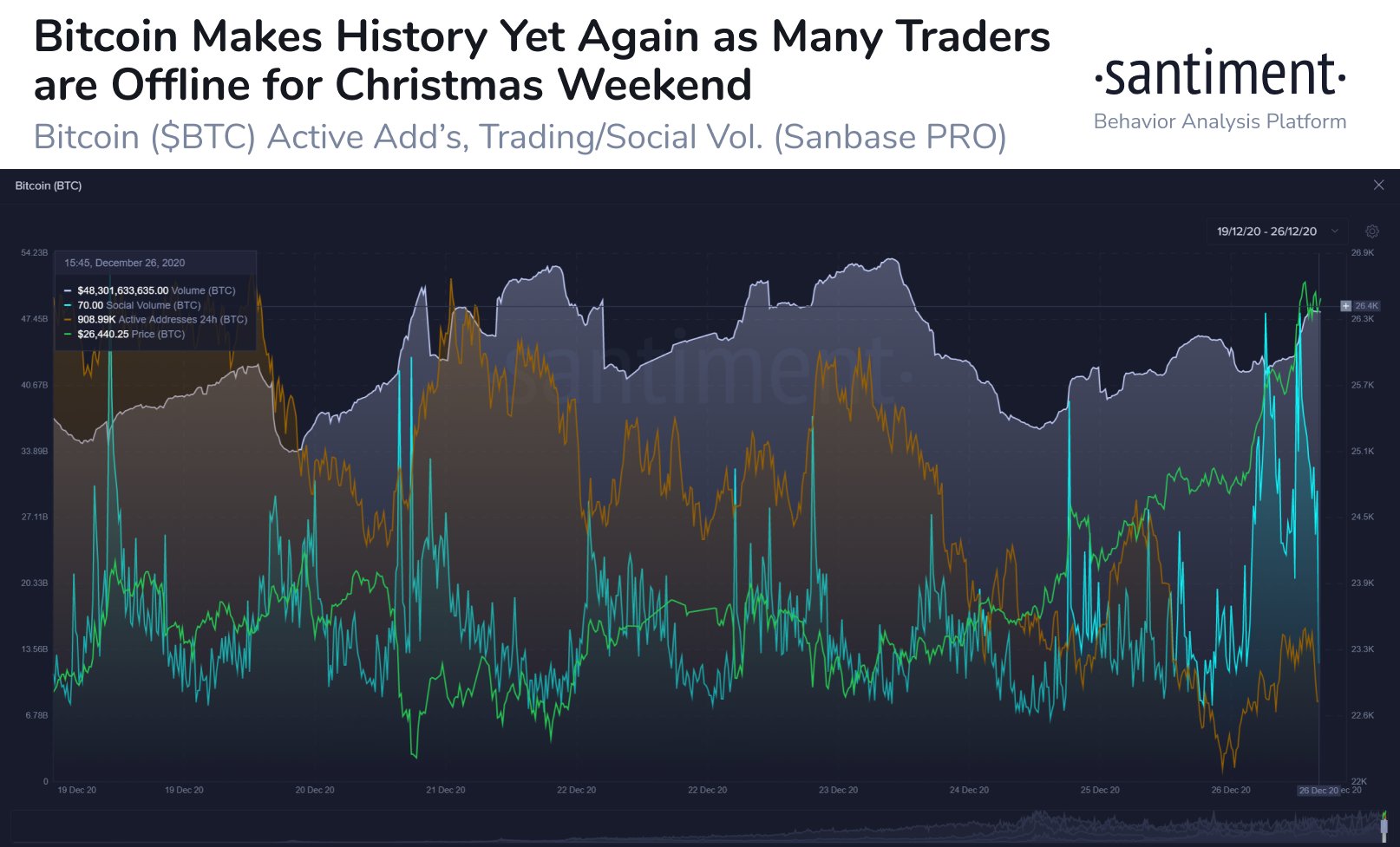 Why is Bitcoin still at the helm?

Media: AMD is preparing a line of video cards for mining cryptocurrencies